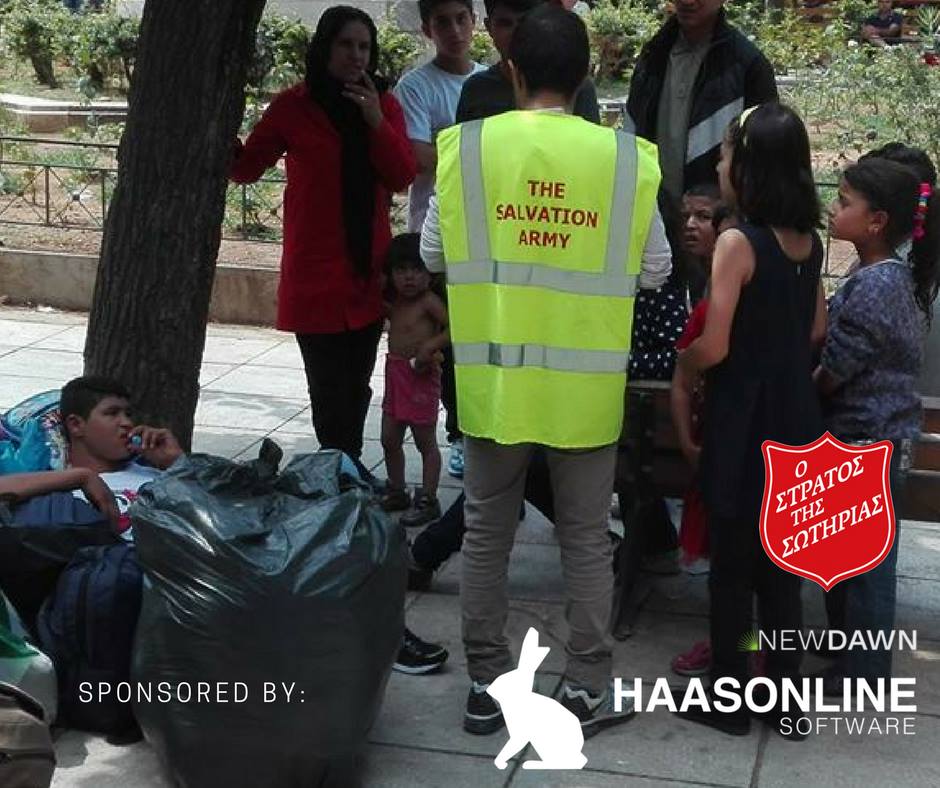 We partnered up with New Dawn and the Salvation Army to help people in Greece who have been devastated by a crippled economy.

HaasOnline is proud to have sponsored this event and we look forward to continuing this competition in the future. With your help, we were able to assist refugees who have fled to Greece and continued to face hardships. For those who may not be aware, the economic situation in Greece provides limited opportunities to those seeking refuge which made your donations all the more meaningful. These circumstances can be unimaginable for many of us and we applaud all of you for your willingness to act.

END_OF_DOCUMENT_TOKEN_TO_BE_REPLACED

With our latest Haas Trade Server release there are several new bug fixes and features. We’re proud to announce two new HaasBots to our line up, the Crypto Index Bot and our C# script. Our Crypto Index Bot will allow you to grow a diversified crypto currency portfolio and the C# Script bot is geared towards advanced users who want to code their own bot. There have also been various updates for API changes that were impacting HaasBot capability with a couple crypto exchanges.

END_OF_DOCUMENT_TOKEN_TO_BE_REPLACED

To trade on BitMEX with Haasbot 2.3 beta build 7, you need to input your username/password into haasbot. We are still waiting for BitMEX to make a user friendly interface to generate API keys, but unfortunately that is not there at the moment. Official BitMEX support will not happen until they add this, as it is a security precaution, as we do not want to have to require users to input this information in order to automate trades. If you do not feel comfortable saving your BitMEX login information into Haasbot, you are free to wait until BitMEX adds the API key interface before checking it out, but keep in mind that all API keys that are added to Haasbot are encrypted on the machine running haasbot.

Note: You need to have an active Haasbot license to participate in beta testing.

Known remaining issues:
– OKCoin futures shows leverage x20 on LTC, while x20 is not supported.
– BitMEX margin is not displayed properly
– Bitfinex Margin is not functional
– Settlement dates are not all shown properly

Note: BitMEX is working, but the volume is lower than other futures platforms. Its to be expected that the orders will hit 10 minute timeout threshold.

Be sure to post any issues or if you are having any issues in the operating system specific beta bug threads. You can also contact us if you have any questions or need any assistance setting anything up!

We want to let you know that Haasbot 2.3 beta build 5 is now available. Below is the changelog:

You can download beta build 5 for your OS below:
Windows
OSX
Linux

Note: You must have an active Haasbot license to participate in beta testing.

If you have any questions or found a bug, please let us know by posting in the bug report thread for that OS.

Be sure to delete your database file in My Documents/HTS/Database and run beta build 2.

You can grab the version of beta build 2 below:
Windows Build
OSX Build
Linux Build

Note: You must have a valid Haasbot license in order to participate in beta testing.

Let us know if you have any questions or need anything!

Unfortunately, there were a few bugs that were seemingly resolved but were not. We would like to apologize to everyone about this, but we have corrected and tested Haasbot 2.2.5, which addresses the residual bugs. This build specifically addresses the issues experienced in Haasbog 2.2.4 with Huobi and Bittrex. Both of these exchanges are confirmed as now working in this build.

Let us know if you experience any issues or need anything! With that said, its back to Haasbot 2.3 development!