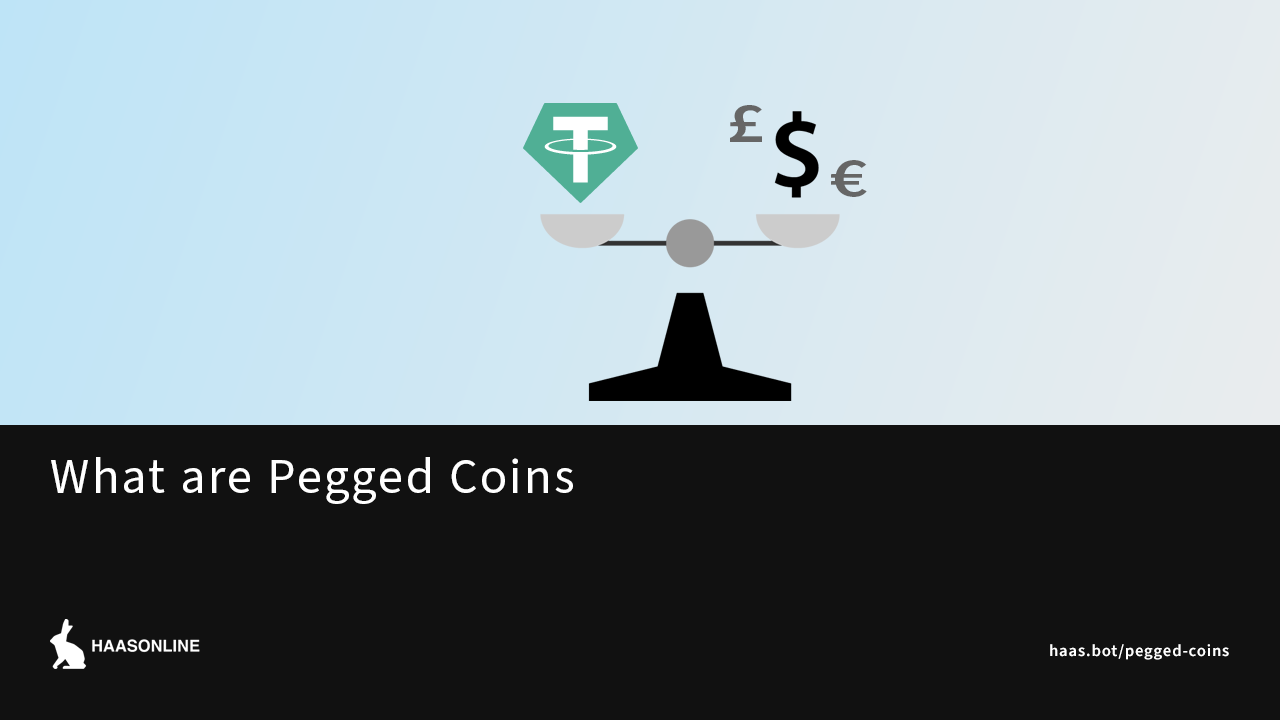 It’s no secret that the crypto industry is as volatile as they come. Yes, traders are able to acquire an excess of wealth in record times, but unfortunately the pendulum swings both ways, making it difficult to predict what the future or even tomorrow brings. As a result, traders have been looking for ways in which they can diminish the risks and develop strategies which will allow them to preserve their acquired value.

The problem is not holding on to the assets, it’s holding on to their value. Yes, it might go up but there is a good chance that their value might plummet as well. Pegged coins have emerged as the frontrunner to solve this concern, but it’s not a perfect fit by any means. Let’s take a closer look and get a sense of why that is.

So… What Are Pegged Coins?

Pegged currency platforms should be open and transparent in regard to their reserves so that users will be able to see that the numbers do indeed match. If a peg currency doesn’t offer this, we suggest that you skip it altogether and do business with one that does and that has a verifiable backing.

Should You Utilize Pegged Cryptocurrency?

Perhaps the concept of dealing in a currency that is a substitute for a fiat currency might come as a bit off to new investors, however times, they are a changin’. Pegged currency is a way of providing stability, or at least more stability, than the swinging crypto tide offers. With pegged currency, the crypto boat rocks as much as the underlying asset does, and let’s face it, even in today’s economy, fiat currencies are still a lot more stable than crypto.

If everything is in order, the conversion rate of the pegged currency is consistent with the underlying fiat, which in turn provides quick and effective money transfers. Investors that acquire a lot of crypto assets might be inclined to turn them into a pegged currency such as USDT, which allows them to secure their value in the face of  the high rises and low falls of Bitcoin and Ethereum.

Peg currencies are also a great way of delivering instant currency and fiat swaps because they maintain the value of the fiat they’re tied to. Nothing is safe like money under your mattress, but for the time being, this is the next best thing. In a sense, pegged currencies are in crypto limbo as they haven’t exited the crypto world but mirror and move like the analog fiat world.

This is a perfect scenario for most investors, however not all of them.

The Downside of Pegged Currencies

One of the main issues for investors, when it comes to pegged assets, is trust. There is no way to be certain and verify that the platform actually has their pegged currency backed up. Yes, you can try to find out, but you can never be 100% sure. And even though pegged currencies are more stable than crypto, they might fail and fall apart altogether and not return their pegged value.

In other words, there is no risk-free solution, it’s just a different approach to solving a problem that will work for some and not for others.

Much like crypto coins, not all pegged coins are created equal. After all, they derive their value and mirror the underlying currency, which varies for different pegged currencies. It will take a bit of research in order to get a better sense of which stable currency will work for you and suit your needs. The main points that should be considered are the coin’s availability at large and its price history.

What good is a pegged asset that is supported by no one and its price history graph looks like a rollercoaster ride?

First on our list, and probably the best known and most utilized pegged digital asset, is the USDT. It’s US dollar-pegged and fully transparent when it comes to its asset balance, which you can check at any time at the coins’s page.

USDT is in partnership with companies such as Bittrex, ShapeShift, and Poloniex that further its reputation and availability on the market. Furthermore, it’s made good on its name of being a stable coin, as it hasn’t deviated a lot from its target price. However, there are investors who have been quite skeptical, fearing that the platform is and has been producing tokens without properly backing them up, as USDT doesn’t allow third-party audits and doesn’t offer insurance on their tokens.

Steemit is a social media platform that houses not one, but two cryptocurrencies. The crypto Steem and the tether Steem Backed Dollars (SBDs) are given out to active users. The coins can be turned around and converted to goods or spent on various services. The philosophy of Steemit is that SBDs are valued at a US dollar per Steem. However the ins and outs of how the coin maintains its balance are difficult to understand.

The Steem Backed Dollar hasn’t proven to be a very stable asset and its availability is much narrower than the other crypto, Steem. The problem came when the coin started exhibiting wild swings and has since not returned to its established tether price. It’s very difficult to track and verify its full trajectory. A coin that can’t mirror it’s pegged asset is an equivalent to a gunfight in the wild West: no rules apply.

TrueUSD serves as another stable coin that has given USDT a good run for its money, as it hasn’t deviated much from its underlying asset – the US dollar. The platform utilizes an escrow protocol as a way of providing investors with the TUSD currency without getting in direct contact with any assets generated from the trades themselves. Instead, the assets are managed by a third-party platform that accounts for the token-to-US dollar ratio.

The platform’s tokens can be converted into US dollars at any given time. What’s more, TrueUSD platform provides their customers with full transparency and third-party audit reports. Even though it looks near-perfect on paper, TrueUSD has an Achilles’ heel that lies in its availability, because only a handful of platforms support it and offer it to clients.

A Few Words Before You Go…

There are times and circumstances when having your funds in the form of stable assets is the best option, especially when you don’t want to remove your assets from the cryptosphere and convert them to fiat currencies. Pegged currencies offer better stability than regular cryptos and your funds are well protected.

However, it still comes down to your currency of choice and timing. Remember that pegged currencies are not the be all and end all of coin storage, they are simply another tool in the arsenal, another road to take when some of the usual avenues seem less appealing.