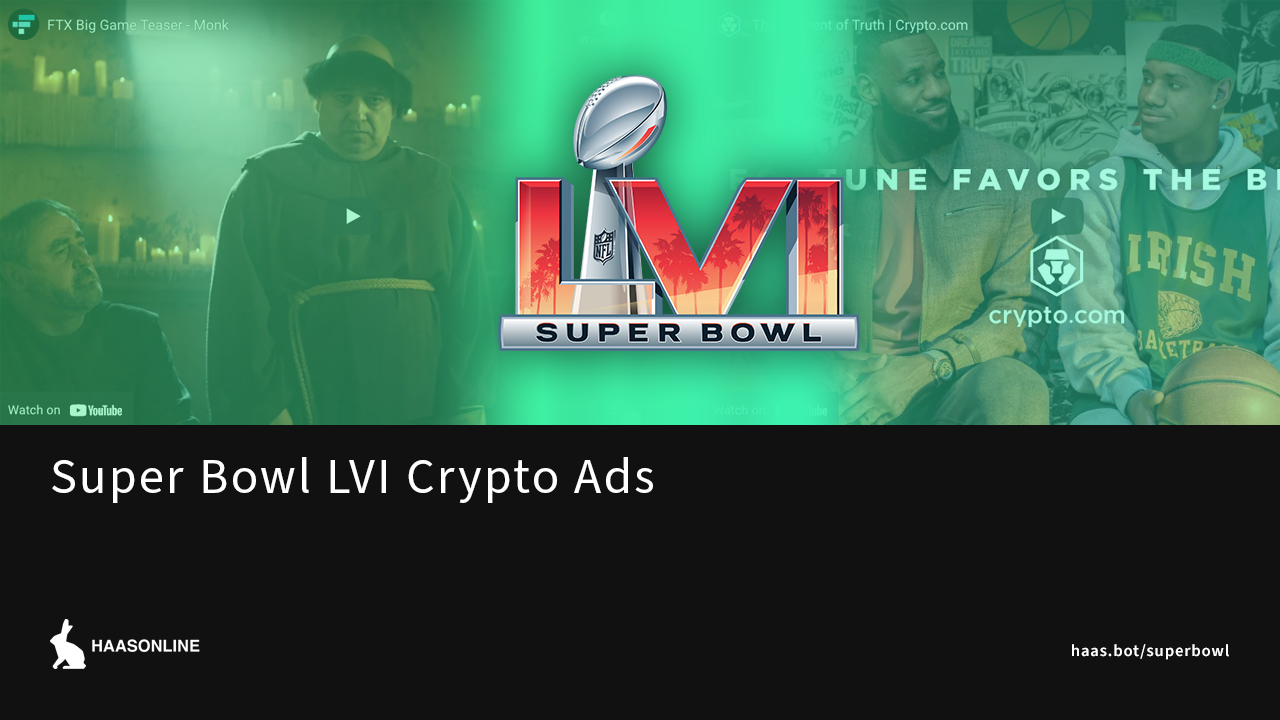 If you watched Super Bowl LVI, then there is no surprise that this year’s Super Bowl ads were dominated by crypto. FTX, Crypto.com, Coinbase, and eToro shelled out millions of dollars for some well produced commercials captivating millions of potentially new crypto users.

After the Super Bowl, traditional media outlets syndicated articles reminiscing about the dot-com bubble likeness and how scary cryptocurrencies are. However, many of us have lived through years of being on an emotional roller coaster by being an early Bitcoin adopter. Being validated by companies worth billions of dollars sort of… felt good. Wherever you stand on the topic, here’s Super Bowl LVI’s best crypto ads.

No introduction needed, FTX has been making a name for itself ever since it launched in 2018. When the FTX Super Bowl ad aired, millions were just as confused as Larry David in the commercial. Brilliant ad.

Basketball legend Lebron James was featured in Crypto.com’s Super Bowl ad. A Young Lebron wants to know what the future holds and is pleasantly surprised. A pivot from their often serious tone as seen with mega star, Matt Damon.

Most U.S. football fans watch the Super Bowl with friends and family. What ensued for the next minute after the Coinbase ad took over the television… absolute chaos. What is it? What do I do with it? How do I scan it? Once enlightened people began to admire the brazen simplicity of the Coinbase Super Bowl ad.

We once ran a full page QR code ad in EasyJet magazine back in 2018. Were we ahead of our time or just stupid?

Many of us are early adopters of technologies from Bitcon to the Metaverse. You know who knows that better than you? Your friends and family. That’s why when FUD or FOMO strikes you’re the first person they text. eToro capitalizes on social trading and struck a chord with millions during this Super Bowl game.

Runner Up: Bud Light NEXT

While not explicitly a crypto ad, Anheuser Busch and their popular Bud Light brand capitalized on their recent collaboration with Nouns NFT project during this year’s Big Game.