To trade on BitMEX with Haasbot 2.3 beta build 7, you need to input your username/password into haasbot. We are still waiting for BitMEX to make a user friendly interface to generate API keys, but unfortunately that is not there at the moment. Official BitMEX support will not happen until they add this, as it is a security precaution, as we do not want to have to require users to input this information in order to automate trades. If you do not feel comfortable saving your BitMEX login information into Haasbot, you are free to wait until BitMEX adds the API key interface before checking it out, but keep in mind that all API keys that are added to Haasbot are encrypted on the machine running haasbot.

Note: You need to have an active Haasbot license to participate in beta testing.

Known remaining issues:
– OKCoin futures shows leverage x20 on LTC, while x20 is not supported.
– BitMEX margin is not displayed properly
– Bitfinex Margin is not functional
– Settlement dates are not all shown properly

Note: BitMEX is working, but the volume is lower than other futures platforms. Its to be expected that the orders will hit 10 minute timeout threshold.

Be sure to post any issues or if you are having any issues in the operating system specific beta bug threads. You can also contact us if you have any questions or need any assistance setting anything up!

Be sure to delete your database file in My Documents/HTS/Database and run beta build 2.

You can grab the version of beta build 2 below:
Windows Build
OSX Build
Linux Build

Note: You must have a valid Haasbot license in order to participate in beta testing.

Let us know if you have any questions or need anything! 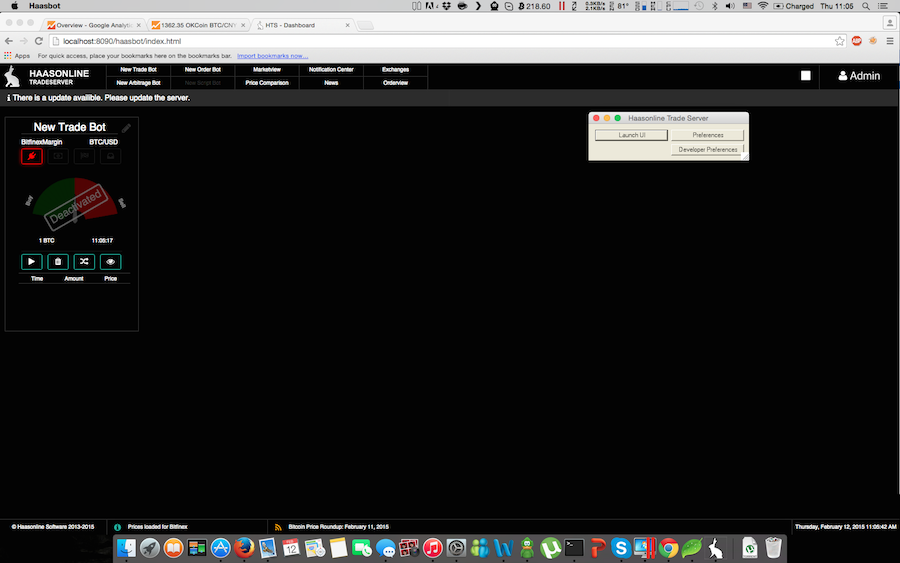